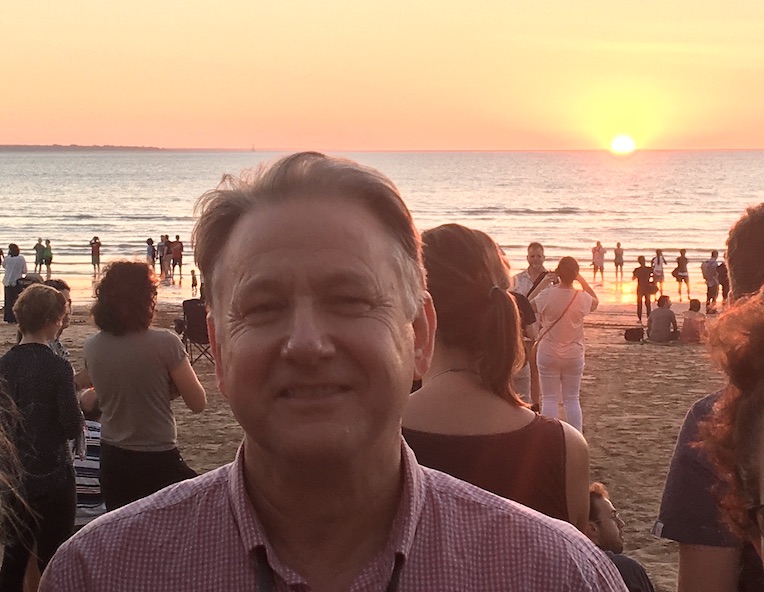 Professor Scott Power, Dip. Ed. is the Director of the Centre for Applied Climate Sciences at UniSQ, an Adjunct Professor in the School of Earth, Atmosphere and Environment at Monash University, an associate investigator of the ARC Centre of Excellence for Climate Extremes, and a climate science advisor to the DFAT-funded Australia Pacific Climate Partnership. He is passionate about helping people and organisations in Australia, Asia and the Pacific assess and manage risks they face from climate change, climate variability and climate extremes, and seize any associated opportunities. Scott was previously a Senior Principal Research Scientist and an International Development Officer in the Bureau of Meteorology, and an author of the IPCC WGI report and the IPCC WGI-III Synthesis Report that informed the Paris Agreement. Scott has published extensively in the international scientific literature on, e.g., climate change and climate variability, Pacific and Australian climate, El Niño, climate variability and predictability, historical changes in severe weather, and applied climate science. He is the former head of climate research and operational climate monitoring and prediction services in the Bureau, the former International Development Manager in the Bureau, the former acting head of Australia’s National Climate Centre, and the climate science advisor to the Australian Climate Change Authority. He previously coordinated the Bureau's participation in the Australian Climate Change Science Program, he led the development of a project to enhance climate prediction services in numerous Pacific Island countries, and he co-led a program on Pacific climate change science that assisted 14 vulnerable countries in the Pacific and Timor-Leste adapt to climate change and to establish climate change services. More recently he was the Bureau lead on the development of the National Environmental Science Program's Earth System and Climate Change Hub, and he led the development of, and co-managed, a DFAT-funded project to increase community benefits from Early Warning Systems in the Solomon Islands. He received the Australian Meteorological and Oceanographic Society’s 2021 Zillman Medal for a career-long record of innovative and transformative research, the Pacific Meteorological Council’s Innovation and Research Award “in recognition of outstanding, innovative and exceptional climate change and climate variability research”, 2019, and he was an Honorary Professor in the Global Change Institute at the University of Queensland 2016-2019.